One of the workhorses in the current airline industry, the Boeing 737 latest generation will employ some refined, cost-saving technology designed to lessen the jet fuel being burnt through flights between destinations. The PIP (Performance Improvement Package) on the Boeing 737 jet will incorporate a new array of design and engineering enhancements for greater efficiency in negotiating the friendly skies.

On the outside, minor aerodynamic improvements to the Boeing 737 includes carefully-shaped, anti-corrosive lighting and expertly contoured panels insures better airflow and therefore reduced resistance in flight. The 737 fitted with the PIP technology also includes adjustments to the engine and a reworked environmental control system exhaust vent giving the airliner better operational efficiency.

The 737 jetliners operating with Boeing's PIP equipment is estimated to provide up to a 2 percent reduction in the amount of fuel consumed within trips amounting to an approximate annual cost savings of $120,000 per plane. Some of the fuel-saving technology had already been introduced on operating examples of 737 jets. CEO of flydubai Ghaith Al Ghaith offered a working testimonial to the new PIP-equipped jetliner. "Our latest tests have shown that aircraft, which incorporate the Performance Improvement Package, provide flydubai with up to 1.6 percent reduced fuel burn over non-PIP aircraft," said Al Ghaith.

The full implementation of the PIP on the new generation Boeing 737 will be added in the middle of next year.
Posted by Car FYI Canada at 11:33 PM No comments:

At around noontime today, information hub Yahoo! suffered a new embarrassment as their popular email server appears to have incurred a technical glitch.

Early on in the issue, customers were permitted to log into the Yahoo! Mail server but was blocked from reviewing or writing emails. For members using older Yahoo! Mail, an error message appeared. For newer accounts, a pop-up introduced that a set of enhanced features were being added to Yahoo! Mail and required the user to agree to term. Regardless of the choice, the pop-up banner would not disappear. The second stage of the Yahoo! Mail issue became a full scale outage where users were unable to even log into their accounts. The email service would return just ahead of 2pm hour but there appears to be lingering problems receiving emails messages.

Much has been made of the struggles of Yahoo! in recent years as the one-time tech darling has fallen well behind the integration of social media. Earlier this month, Yahoo! experienced a PR setback as the company admitted to losing almost half a million email addresses and password to hackers. Though Yahoo! is one of the latest companies to endure a technical flaw, the world is quite aware that this is no the only high-profile incident that interfered with mass electronic communications on the Internet. Recently, social networking site Twitter had been affected by two massive outages.

It is uncertain if all or some of the reported 290.3 million users of Yahoo! Mail are affected at this issue. Other reports by CNET and the CBS News website indicates it is only a problem attached to some accounts. Yahoo! is aware of the issues and are currently involved in restoring the Yahoo! Mail service to full operations.
Posted by Car FYI Canada at 2:33 PM No comments:

Zellers Stores will be Reduced to Zero by March 2013 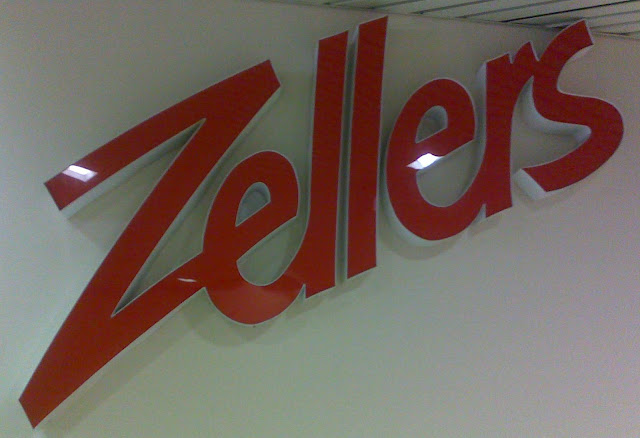 For any Canadian living through at least the past two decades, we have grown accustomed to many brands and stores similar to those in the United States. This is a stark difference to the retail marketplace over half a century ago where Simpson’s, Eaton’s, Mark & Spencer and Woolco were Canadian shopping icons. With those names vanished into a brief Wikipedia entry for the younger generations to read on a smartphone or tablet, the people who lived and worked that period are the ones who experienced history. By March of 2013, the Zellers name will fall into retail market extinction.

While the profile of Zellers was known to be weaning as HBC (Hudson’s Bay Company) allowed trendy American department store Target to take over the lease of 189 Zellers locations, the intention of the final stores was not announced until Thursday of this past week. 64 of the remaining Zellers brand stores not acquired by Target will be closed affecting the employment of 6,400 workers.

Founded by Walter Zellers in 1931, the Zellers store long considered a Canadian discount department store. Familiar to Canada, there are actually two periods where American hands were grasping onto the Zellers store brand. The first time was in 1952 when Massachusetts state-based W.T. Grant Company bought into the Zellers store chain and would become controlling stakeholder in the company by the end of the decade. When the W.T. Grand Company faced collapse in the mid-1970s, Zellers was acquired by its current owner HBC in 1978. Zellers, along with the whole Hudson Bay Company corporation, would fall under ownership of American Jerry Zucker in 2006. Zucker sold the HBC corporation to NRDC Equity Partners two years later keeping the Zellers brand under foreign ownership what would be a collective time of over two decades.

A shopping incentive program called Club Z was rolled out in the 1980s on the heels of growing ambitions of Canadian Tire. When competing with Wal-Mart during the late 1990s, it is arguable that the Club Z points provided an effective counter-measure in round one of the battle between the discount shopping chains. In the early 2000s, the Club Z program was expanded across the HBC shopping chain morphing into HBC Rewards. Initially a points program that allowed customers to catalogue shop with their points in a special assortment of products, that aspect was abandoned in favour of gift card redemption.

For most of the Hudson’s Bay Company’s nearly 350 years of operations, the retail giant dealt with competition by simply acquiring them. Towers and even the Kmart Canada operations were taken over during the 1990s just as a new, powerful entity wooed the Canadian consumer called Wal-Mart. While Zellers would also have adopted the separate big box-style store for a few locations, many of their retail outlets depended on residence within malls. A standard practice for the HBC family of stores (especially includes upscale department retailer The Bay), the customers were introduced to the Wal-Mart superstore that encompasses a wide range of products and services under one, easily accessible roof. Alongside with the superstore concept, the Wal-Mart high-volume, low-margin business model allowed consistently lower prices than Zellers locations. As much as Zellers brand of stores were mildly reorganized and as bonuses were offered through their popular HBC Rewards loyalty program, the discount chain was deemed uncompetitive against the American invader. 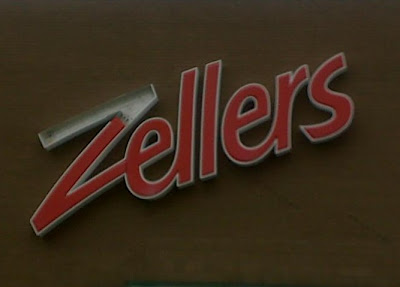 In the past years, it was also becoming apparent that the Zellers store chain lacked drawing power of consumers. Once successful in appealing to Canadian families with name brand as well as store brand products under the “Lowest Price is the Law, everyday!“ guarantee, children were allured by a Zeddy the bear to the toys. Over the past decade, the Zellers identity was less defined as HBC appeared more devoted to other stores such as The Bay and Home Outfitters. Zellers operated as a discount chain but also featured higher-end HBC products. For what would prove to be a last ditch effort by Zellers, the clothing and home accessories of Chinese-born Canadian designer Alfred Sung became a fixture inside the HBC discount store. As HBC entered a partnership with the Canadian Olympic and Paralympic organizations, some apparel was made available in Zellers including the popular 2010 Vancouver red mittens.

Ultimately though, it seemed a lack of individual identity would plague Zellers in recent years. It was almost a case where both HBC and customers viewed the Zellers brand with apathy knowing the drastic changes needed could not be undertaken. There was a notable wind-down of their generic store brand Truly label as well as a discontinuation of their pharmacy in several locations only magnified the degradation of the once-popular Canadian discount department store chain. Now, with the Target department store chain taking over the leases of most Zellers stores, the Canadian market is being readied for a more fierce battle against another American retailer. A more formidable contender that has fought several rounds with Wal-Mart in the United States, Target has estimated putting about 10-11 million dollars into the renovation of each of the 189 former Zellers stores.

In the growth of Zellers, the high staff morale was credited by the founder as the key to the retailer’s success emerging through a depression and a world war. Unfortunately, the store brand founded by Walter Zellers will be putting the livelihood of 6,400 remaining workers into an uneasy job loss as the true casualties of changes in Canadian shopping. The loss of the Zellers brand in early 2013 will illustrate not only the changing state of Canada’s retail sector but the alternations of customs so many people had rested their lives upon.


Falling out of vogue with the general electronic consumer as the SD card has become the industry standard for digital data storage, CompactFlash technology is on the verge of making a comeback. CompactFlash memory cards under the all-new XQD specification offers a line lifeline for a category of memory storage still appreciated by professional photographers.

Famous for pushing their own proprietary Memory Stick line of data cards for many years, Sony is one company championing XQD technology in its early development. Introducing their H Series XQD cards in 16 and 32 gigabyte capacities, Japanese company Sony debuts the new S Series for maximum performance applications.

The Sony XQD S Series cards will be marketed in two varieties with a 32-gigabtye card selling for $259.99 US and a 64-gigabtye model retailing for a steep $459.99 in the United States. There is also an extra cost for the USB-enabled card reader required for fastest file transfer to a computer or other storage system. Software upgrades will also allow Sony XQD S Series memory cards to interact with Apple Macintosh systems.

At present time, the Nikon D4 digital camera is listed as one of the few compatible devices with Sony XQD S Series cards.
Posted by Car FYI Canada at 8:30 PM No comments: