Approaching the time of the year where many health care providers and government campaigns recommend the population receive the flu vaccine, the effort is meant to reduce illnesses and the spread of a disease that can risk well-being, productivity and even the lives of one's self or others. According to a pair of reports being presented at the Canadian Cardiovascular Congress 2012 opening on Sunday, October 28th in Toronto, researchers are set to make a case that the administration of a influenza vaccine can also be a heart smart choice.

In the first study, researcher Dr Jacob Udell, a cardiologist at the Women's College Hospital and the University of Toronto, will relay some major additional benefits to receiving a flu shot when it comes to protecting the most vital organ in our bodies. According to Dr Udell, influenza vaccines can reduce the risk of a major cardiac event such as a stroke or heart attack by an estimated 50 percent and deaths related heart failure by 40 percent.

Dr Jacob Udell's study examined a group of 3,227 patients consisting of near equally of those without and with heart issues. Of the group, half received a flu shot and the another half received a placebo vaccine. Dr Udell strongly suggests, "For those who had the flu shot, there was a pretty strong risk reduction,".

During two periods in late 2010 and another through the new year of 2011 until March, Kumareswaran and Singh examined a sample group of 230 patients with an ICD. In the group of patients between 70 and 74 years of age, it was determined that individuals given the flu shot had a reduced need for ICD therapies. Research concluded that 10.6 percent of flu shot-protected patients received at least ICD therapy compared to 13.7 percent for those without the flu vaccine.

For authors of both studies presenting their findings this week at the Canadian Cardiovascular Congress on the request of conducting additional research. Notwithstanding additional research, the announcement that a flu shot has increased health benefits can be helpful to boost the case for encouraging the general popular to get immunized.
Posted by Car FYI Canada at 4:59 AM No comments:

The handheld electronics market is a worldwide technological battlefield. Canada is one of the many locations intrigued by electronic smartphones and tablet computers. While fanfare surrounding the Apple iPhone 5 launched the popular smartphone to success last month, the reception for the device rarity consumerism. So often, companies need to provide some 'razzle dazzle' to create excitement for their products.

A new smartphone from the Apple's major competitor in the smartphone and tablet arena Samsung, the Galaxy Note II has the potential to capture some attention on its own. Utilizing a 5.5 HD touchscreen, a 1.6 GHZ quad-core processor powering an Android 4.1 (Google Jelly Bean) operating system and a unique stylus pen, the Samsung Galaxy Note II delivers users data connections up to the latest LTE specifications. Wanting to launch their Galaxy Note II with a lot of noise in Toronto, Korea-bred Samsung has enlisted the assistance of a showman from the company's native land the world knows as PSY.

Accounting for over 500-million views on a leading YouTube channel, PSY demonstrated "Gangham Style" dancing to the world to the point of becoming a quick-growing world superstar. With the Toronto appearance, Samsung is indeed desiring that trendy Gangnam Style can move the Galaxy Note II to equal acclaim in the smartphone marketplace. The South Korean music performer's first live event in Canada, the launch party for the Samsung Galaxy Note II will take place at The Kool Haus on October 30th.

While no tickets still be sold to the Samsung Galaxy Note II launch party, fans of the latest mobile technology and of the Gangnam Style performer will be presented with a rare opportunity to view PSY. A promotion on Samsung's Facebook page as well as two radio giveaways through Kiss 92.5 and Virgin Radio 99.9 will provide fans an invite to the elite product celebration.

Posted by Car FYI Canada at 2:48 AM No comments: 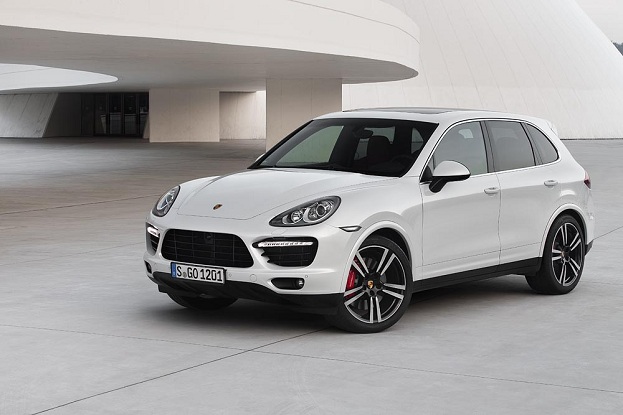 The 2013 return of the Porsche Cayenne Turbo S model emerges for the first time in the revised sheetmetal carved in a 2011 model year redo. Bracing itself for the arrival of the Performance Package-armed Mercedes-Benz ML63 AMG and the BMW X5 M, Porsche engineers are again asked to add a special dash to the Cayenne Turbo‘s aggression for 2013. 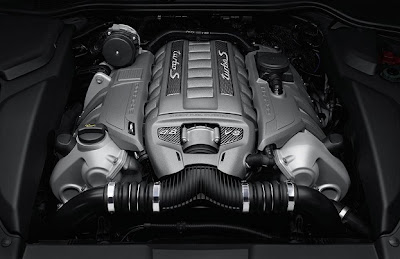 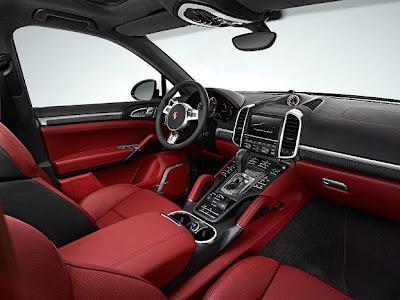 While an argument is made that a Porsche demonstrates its worth on the outside at speed, a racy interior of the Cayenne Turbo S is an exclusive treat that cannot be ignored. Two-tone colour scheme using either Black/Carrera Red or Black/Luxor Beige can be applied throughout the crossover vehicle’s cabin with leather seating and an Alcantara headliner allowing the Cayenne Turbo S to peak with premium taste. Porsche Cayenne Turbo S interior dashboard and door panels are accented by a standard carbon fiber package. In the driver’s seat, the Sport Chrono package included in every Porsche Cayenne Turbo S presents data for logging performance motoring such a lap timer.

Posted by Car FYI Canada at 3:14 AM No comments:

Many of us are familiar with the science fiction tale that took part in a galaxy far, far away where a Jedi had been lured to the dark side of "The Force" by an evil Sith. In what was Star Wars, Darth Vader was ultimately rescued by his son Luke Skywalker from the darkness in time for a noble, brave act.

In the virtual world very close to us all, the world of domain registration and ownership has led many popular names winding up in hands over than those one would think. In recent years, musicians and other public figures have gone to court to acquire or prevent the misuse of domains using their names. In several cases, celebrities have been successfully able to secure their web address. While not an actual name associated in the real world, a prominent domain name connected to Darth Vader (DarthVader.com) was brought to Lucafilm by a Toronto-based Internet services company called Tucows.

An avid Star Wars fan, Tucows Domain Portfolio Viec President Bill Sweetman explained finding the DarthVader.com name. "The moment I spotted DarthVader.com in a list of deleting domain names, I knew Tucows had to find a way to get this iconic domain name into the right hands. I knew I was its only hope," said Sweetman. The program is an ongoing measure by Tucows to rescue domains and has included FreddieMercury.com and KidneyCar.com in the past.

In what has become a regular program for Tucows, popular and prominent domain names are donated to recipients on the condition of charity. In the case of the DarthVader.com domain address, Lucafilm has pledged a toy donation to the Tucows Elves Project. Lucafilm spokesperson Miles Perkins stated "We're thrilled to be the new owners of DarthVader.com and we are even more excited about supporting such a worthy cause." Perkins also mentioned "We regret having to refuse Bill's request that we deliver the children's toys in the Millennium Falcon. It was heartbreaking having to explain to him that it's not real."

Currently, Lucafilm is utilizing the DarthVader.com into directing Internet users to the main StarWars.com website.
Posted by Car FYI Canada at 12:37 AM No comments:

Hammacher Schlemmer Spotlight: The One Step Photograph and Slide to iPhone Converter

If you were born in the last decade, digital photography could be the only form picture-taking familiar to you. Though digital cameras have effectively led to the gaining endangerment of film photography, a full century of images recorded to film negatives, photo paper and slides contain too many precious images worth ignoring. Hammacher Schlemmer has added a device to their product catalogue targeted at saving great individual or family moments to one of the world's most popular smartphones, the Apple iPhone.

Powered by 4 AA batteries, the One Step Photograph and Slide to iPhone Converter can operate without a computer or the need for an AC power supply.

The One Step Photograph and Slide to iPhone Converter retails in the Hammacher Schlemmer catalogue and through their on-line store for $59.95 US.
Posted by Car FYI Canada at 4:16 AM No comments:

The major federal elections in Canada is a job that effectively only four candidates representing individual parties can seek. Given a system where our prime minister is installed as the leader of the party winning the most seats in Parliament, we are never really granted the choice of our choice person to lead the government. In a wild fake election, Canadian prime minister Stephen Harper has been measured by some unique contenders by voters.

Fighting for a second term in the White House, US president Barack Obama is focused on a 2012 election. However, in a recent poll conducted by on-line family tracking database Ancestry.ca, the current United States president would have a fighting chance to claim the high office in Canada. Through a survey performed in a mock poll in downtown Toronto, people were offered the choice of the 44th US president Barack Obama, the 2012 presidential candidate Mitt Romney, current Canadian prime minister or other political leaders in Canada. Obama captured an impressive 42 percent of the popular vote in the entertainment-oriented poll. In second place with 25 percent of the vote, Canadian prime minister Stephen Harper placed favourably among potential voters for the next federal election. Placing in 3rd with eight percent approval was Mitt Romney. Recent days, presidential candidate Romney does think a lot of Canada (in particularly the Alberta oil sands production that has him promising speedy approval of the XL pipeline if elected).

There were also a few write-in choices in the mock ballot that rises some eyebrows. Having just announced his intention to enter the federal Liberal party's leadership race, Justin Trudeau was one who received several bodes of support in the Ancestry.ca survey. There was also one write-in vote for the current Toronto mayor Rob Ford for the prime minister job.

The Ancestry.ca poll also measured the popularity of Stephen Harper alongside previous prime ministers and concluded that Pierre Trudeau's legacy remains strong almost 30 years after the Liberal party reigned. Taking 35 percent of the vote in the former leader category, Trudeau's next nearest rival was Lester B. Pearson who recorded a more modest 15 percent. Behind third place Sir John A. MacDonald who took 12 percent of the vote, Harper received 11 percent support ahead of Jean Chretien and Sir Wilfred Laurier who each won 6 percent of voters.

The unusual poll created by Ancestry.ca was in effort to promote the site's added inclusion of Canada Voters Lists.
Posted by Car FYI Canada at 1:49 AM No comments: